The Churches of Christ family are saddened by the passing of Dr Richard Lawton after a relatively short illness.  He went into hospital to have a hernia operation prior to leaving with his wife Dawn for the World Convention in India in 2017. Instead of a hernia they discovered an aggressive cancer!  He died in the early hours on Wednesday 7th of February. Our prayerful love, sympathy and support is with Dawn and the family.

Through significant ministry spanning 56 years, Richard Lawton made a rich contribution to the lives and faith of people in our churches and to the wider Kingdom. Richard entered the then College of the Bible in 1962 from South Australia and had a student ministry at the East Bentleigh Church of Christ.  After graduation in November 1965 he commenced as the first full time minister at Lyons in the ACT, working alongside Gordon Stirling who was the minister with the Ainslie congregation.

Richard left the ACT to become the Director of the Federal Board of Christian Education. During this time, he initiated the youth mission experiences with the Sharing Venture in Papua New Guinea and later the Sharing in India partnerships with the then Overseas Mission Board. National Youth Conventions under Richard’s leadership gathered 300 to 400 young people from all states and New Zealand. Many our current local church and conference leaders value their attendance at these NYC experiences during their youth.

When he returned to South Australia, Richard had ministries with the Magill Church of Christ and then, after a period away from active local church ministry, he accepted a call to the Maylands Church of Christ. During this time, he also served on the Board of the Churches of Christ Theological College and was a regular contributor to the Australian Christian magazine.

Richard loved travel and experiencing the wider church locally and internationally. He accepted ministries on several occasions with Disciples of Christ congregations in the United States (Tucson AZ and Boonville MO), he shared interim ministries with the Darwin Church and he, along with Dawn, established close relationships with Christians in Timor Leste.  In all his ministries, Richard developed close and deep friendships that extended well beyond his engagement with his church or department. He became a mentor and highly-valued colleague to many people in ministry.

Active beyond Churches of Christ in Australia, Richard, participated in the Joint Board of Christian Education and other networks of Christian educators in Australia and overseas. He, along with Dawn, attended World Council of Churches Assemblies in Canberra and Harare and visited and worshipped with comfort and ease within most streams of the Christian church. He was “fully alive” when sharing faith, church and travel experiences. He had a “pastoral heart” and was always available to share, care and pray with those faced with specific needs. He embodied deep Christian commitment.

Richard was also committed to the formation of emerging leaders and ministers. He facilitated postgraduate collegium groups for the Adelaide College of Divinity and directed and supervised student ministers. One former student says:

“I had the privilege of being Richard’s student minister at Maylands Church of Christ (SA). He was a terrific mentor and example; conscientious, committed, intelligent, wise, generous, faithful and thoroughly convinced that God loved everybody. This conviction shaped his theology and his approach to every person with whom he ministered. Moreover, he was a loyal friend. I shall miss him.”

We are confident that Richard is experiencing a oneness with his Lord and is “Knowing as he is Known!” 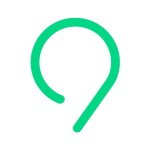